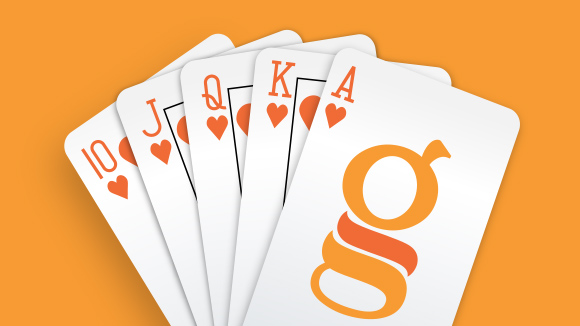 The card game, Spoons, is named for the utensil each player is trying to win a chance to grab, as well as the word everyone is trying not to spell. Do the rules sound confusing? They really aren’t.

Spoons can be played with up to 13 people. Players take turns trying to collect four-of-a-kind and once someone does, everyone tries to grab a spoon. If you’re the player without a spoon, you get assigned a letter. The last player to spell out “spoons” wins.

What are Spoons rules?

Start the game by arranging all the spoons in the middle of the table. Then the dealer may deal four cards to each player. The dealer should keep the remaining cards in a pile on the table.

At the beginning of each round, the dealer takes a card off the top of the deck (to have five cards in his hand), he or she then removes one card from their hand and passes it face down to the player on their left. This continues around the circle of players with each player taking a card from the person on their right, chooses whether to keep it and passes one card on to the next player. Each player discards to the person on their left.

The last player places his discarded card into a discard pile and the next round begins when the dealer picks up a new card. If at any time the draw cards run out, pause to reshuffle the trash pile and keep going.

How to keep score

The winner is the last player remaining. Players move closer to elimination each time they don’t get a spoon and take the next letter in the word S-P-O-O-N. Spell it and you’re out.

Try other versions of the game

Looking for a twist to the game you know and love? Check out Golden Spoons, a fun card game based on the classic Spoons game. Race to match four cards and snatch a mission token. The first to complete their mission by collecting all 5 tokens is the winner!