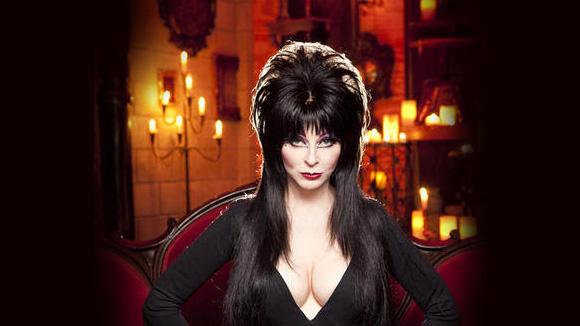 Elvira, Mistress of the Dark, may be the Queen of Halloween, but Cassandra Peterson, a.k.a. Elvira, is also the woman behind a decades-long show business empire that extends way beyond October. Back in 2014, Peterson spoke with Dr. Nancy Berk for us, revealing some fascinating facts about her life before, during, and after Elvira became a cult phenomenon.

The Dark Queen shot to fame in two weeks

How did Elvira get her start? At 30 years old, Cassandra Peterson was a struggling actress in 1981 trying to make ends meet when she landed a local gig as the host of a B-rated horror film show for an L.A. television station. She was charged with creating a spooky look for her character, and after tossing out ideas with a friend, Elvira, Mistress of The Dark, the vampiress with the plunging neckline and risqué double entendre humor, was born. Says Peterson, “I could hardly believe it. I really didn’t think they were going to let me on TV in that—rather revealing—outfit. It was local television, and they were looking for ratings, I guess. I thought ‘Oh this is a good gig. I can work one day a week and you know, make $300– have a regular check coming in,’” she says. In less than two weeks, Elvira’s unique persona and local popularity became national news, earning the character an invitation to appear on The Tonight Show with Johnny Carson. Since the ’80s, in addition to starring roles (and writing and production credits) in her own ghoulish television series and films, Peterson has appeared as Elvira in countless programs from The Tonight Show (7 times) and Saturday Night Live to ABC’s Last Man Standing.

Thanks to her family’s costume shop, dress up was in Peterson’s DNA. As a second grader, she quickly learned the power of great disguises when she rocked a Halloween costume competition as Gunsmoke’s Miss Kitty and won a $100 bond. Says Peterson, “Halloween was our big, big event every year. Relatives would fly out from all over the country to help my family at the store. And they would be preparing for it months in advance. I would work there after school stuffing tiger tails and devil horns with foam, and helping iron and wash and get everything ready so it could be rented again the next day. I grew up around the whole Halloween business, and here I am wearing a costume again every day and Halloween is still a big time of the year.”

Her schedule is booked before and after Halloween

Halloween enthusiasm has grown over the last three decades, which means the 66-year-old actress and mother of an adult daughter is booked solid from September through November with Elvira-related appearances. This season, Elvira makes appearances at Scare-Fest (September 14-18) in Lexington, KY, and New Jersey Horror Con on Friday, September 21st. Earlier this year, she hosted a special “Elvira, Mistress of the Dark” 30th anniversary presentation. She also proudly announced a new line of comic books and graphic novels in April 2018.

After she sheds the classic costume and spiky black wig, Peterson is busy running her own production company and being the behind-the-scenes’ force for her alter ego. Because she owns the rights to Elvira, she and her team are busy handling the licensing (She’s the one who inked the deals on Elvira pinball and slot machines.) and marketing side of the Elvira brand. “Everybody thinks I go to sleep on November 1st and don’t wake up until October 1st (the next year), but all year round I’m busy,” notes Peterson who has linked the vampy icon with products that range from costumes and comics to beer and beach towels. But Peterson isn’t complaining. Laughs the savvy business woman who has always embraced her character, “There’s no rest for the wicked.”

And of course, Elvira’s Halloween favorites

Leading man she’d choose if she were doing a new film: ““I’d like Vincent Price, but unfortunately he’s not around anymore. So I’ll take Brad Pitt just because he’s so damn cute.”

Favorite romantic film: Franco Zephirelli’s Romeo and Juliet (1968). “I immediately just think of that movie. I loved that movie when I was a kid.”