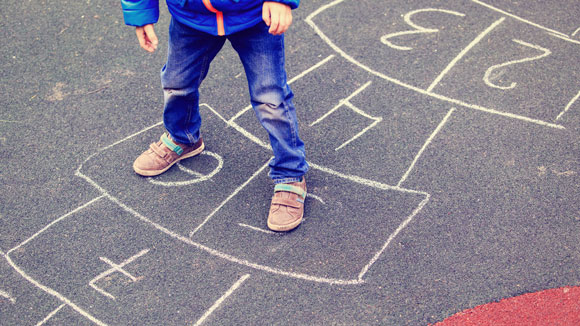 Remember those hours of jumping rope, shooting marbles, and one-footing it through a hopscotch grid? Todays kids are a lot less likely to experience these pastimes. In fact, theyre less likely to do much of anything that doesnt involve electronics. According to the American Academy of Pediatrics (AAP), our grandchildren are four times less active than we were as kids.
Some other troubling stats:

Whats a grandparent to do? Play! Get your grandkids up and moving by teaching them pastimes from your childhood.