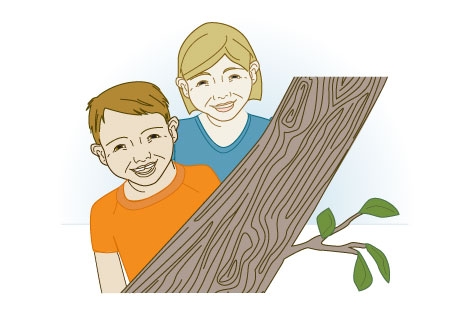 At least 3 people, but more people make for more fun

The group links hands and recites the following verse while skipping, hopping, walking, or just being goofy in one circular direction:

Ring around the rosy,
A pocketful of posies.
Ashes, ashes.
We all fall down!

At the end of the last line of the song, do just that!

The last line of the song says it all.

Many critics and historians have linked the poem’s origin to the Great Plague of London in 1665, or with earlier outbreaks of the bubonic plague. It’s certainly up for debate, but if it were true a modern interpretation of the poem’s lyrics might go something like this:

Symptoms of serious illness
Flowers to ward off the stench
We’re burning the corpses
We all drop dead.

Not so festive, is it…