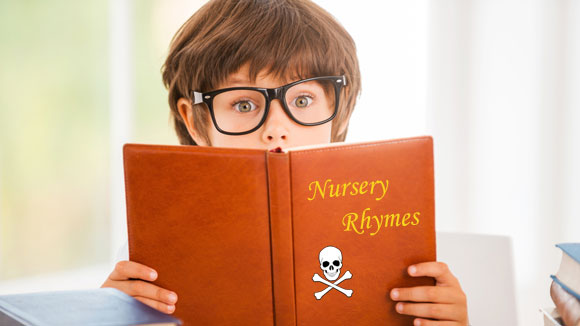 Humpty Dumpty was an egg.

Humpty Dumpty was the name of a cannon used by English Royalists in the English Civil War of 1642-1649.

During the war, Royalists placed several cannons on walls surrounding the city of Colchester. In 1648, while under siege, an enemy’s cannonball blew apart the wall upon which Humpty Dumpty sat, sending it tumbling to the ground. The cannon, a formidable weapon, was beyond repair.

So how did we come to know Humpty Dumpty as an egg?

Apparently on a whim, a 19th-century illustrator in Lewis Caroll’s “Through the Looking Glass” depicted Humpty Dumpty as an egg. The three-stanza Humpty Dumpty poem was also shortened to one stanza, and thus went from a story to a riddle for which an egg seemed the most plausible answer.

Thanks to the popularity of the book and its pop culture adaptation, we now know Humpty Dumpty as an egg.

Humpty Dumpty is not the only nursery rhyme linked to a historical event.

“Mary, Mary Quite Contrary” isn’t about an older woman’s interest in flowers. It’s rumored that Mary Tudor I, known best for her bloody reign, inspired this nursery rhyme. “How does your garden grow?” refers to Bloody Mary’s growing graveyard of executed Protestants. The silver bells are instruments of torture that crushed the thumb with the tightening of a screw, and cockleshells were torture devices attached to one’s genitals.

“Georgie Porgie” is said to satirize George Villiers, the 1st Duke of Buckingham. A scandalous playboy in his day, George was said to play both fields, first consorting with King James I then many ladies of the court, including Anne of Austria, the Queen Consort of France. He then left Anne of Austria for King Charles I, who knighted George as a Gentleman of the Bedchamber. The last line of the nursery rhyme “When the boys came out to play, Georgie Porgie ran away” refers to George’s many avoidances from prosecution.