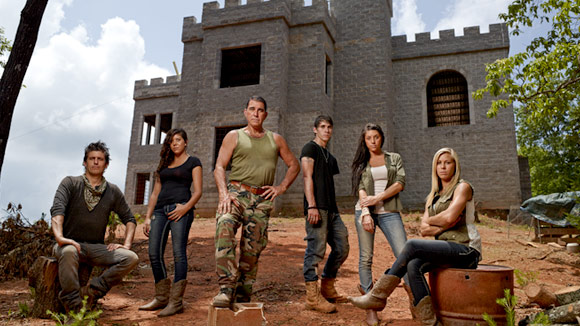 Would you have the skills and resources to survive if modern conveniences suddenly disappeared? In the reality series Doomsday Castle, one “prepper,” a former Army Infantry Training Officer known only as Brent Sr. (pictured, center), takes his children to task over disaster preparedness by summoning them to build a castle in the Carolina wilderness.

The goal: to teach them how to survive a massive power grid failure. Think you have what it takes to make it, if the lights go out? Brent Sr. shares his essential survivalist skills.