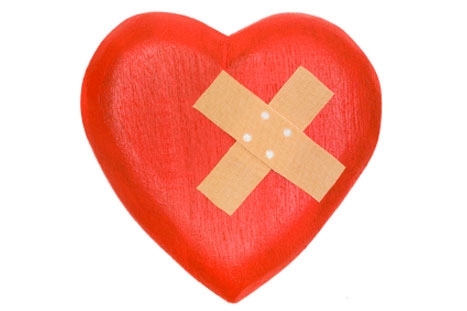 When Gloria had a miscarriage on the ’70s television show All in the Family, viewers watched to see how the Bunkers would react. Edith hugged her daughter and tearfully expressed love and sorrow.

Archie found himself where men fear to tread. In his world, the words “pregnancy” and “miscarriage” were best left to women. Climbing the stairs to his daughter Gloria’s room, the man who had just learned he wasn’t going to be a grandpa struggled to find words.

He sat silent at the edge of Gloria’s bed for a long time.

At last, she sheepishly asked her father, “Do you want to say you love me?”

The camera panned to a shot of the living room where the panda bear Archie had brought home that day for his new grandchild sat in his chair. Cut. End of scene. Not a dry eye in the house.

It will happen to many of us

Two of my sisters, several nieces, and even one of my daughters have experienced a miscarriage. Each time a baby was lost, I felt sad and helpless. Scrambling to find ways to help them — and myself — cope with the loss of unrealized life, my actions seemed clumsy and meaningless.

According to the American College of Obstetricians and Gynecologists, 10 to 25 percent of clinically-recognized pregnancies will end in miscarriage. Unfortunately, many of us will lose an unborn grandchild, leaving us searching for ways to ease our child’s pain as we face our own disappointment.

Acknowledge your own sorrow

“An expectant grandparent experiences the loss of hope and opportunity when a miscarriage occurs,” says Norman Brier, Ph.D., a grandfather of four who is a clinical professor of pediatrics and psychiatry at Albert Einstein College of Medicine at Yeshiva University. “As we age, we start envisioning the legacy, the story, that will be passed to future generations,” says Dr. Brier. “A new grandchild is the beginning of a new life.” Acknowledge your own feelings of sadness. Then you can focus on soothing your child.

When Anne Lynch, 57, from Boxboro, Mass., lost a grandchild, “there was nothing anyone could say to make it better,” she says. “My hopes and dreams for my family were gone. Having someone cry with me would have brought some consolation… to know someone was feeling and grieving with me.”

Look for support groups with whom you can openly talk about your feelings. Or stock up on books that tell other women’s stories of coping with miscarriage. Take time to allow yourself to heal. Talking with friends or a therapist may be helpful.

A couple that experiences a miscarriage goes through a range of emotions, from depression and guilt to anger and grief. Miscarriage is what Dr. Brier calls a “future symbolic loss,” based on an anticipated, not an actual, event.

“There was no direct experience with the person who was lost,” says Dr. Brier. “The event they were gearing up for and anticipating, the birth of their child, was never fully realized.” Expect three to six months to pass before the mourning period begins to abate, he says.

Asking the expectant parents questions about the future they had envisioned can allow them, through imagery, to experience dream scenarios that won’t exist in reality.

* What did you imagine having a child would be like?
* What were you wishing for in your child?
* What did you think it would feel like to become a parent?

The answers to these questions can allow you to tailor your support. If your daughter misses shopping for and wearing maternity clothes that showed off her pregnant belly, offer to return all the oversize clothes hanging in her closet.

If your son is saddened that he won’t have a child to coach in Little League or to bring along to his favorite bookstore, ask if he’d like you to take away the baby items and shower gifts (baseball caps, miniature team jerseys, bibs, board books) crowding the house.

If the couple had chosen one, use the baby’s name when talking about the loss. This may comfort the couple, suggests the American Pregnancy Association, a national nonprofit health organization based in Irving, Texas. And if they’re struggling to keep up with daily household chores and childcare, pitch in to babysit, cook dinners, and do laundry.

Setting up a ritual to symbolize and honor the lost life can help your child cope. “Encourage your daughter and son to write a letter to the unborn child,” suggests Dr. Brier. “Give the couple a keepsake box in which they can place the letter. This way, they’ll always have something tangible that represents their baby.”

Her mom crafted a sentimental note and attached it to the baby’s bear: “Mommy, I’m sorry I can’t be with you, but God needed me.”

Says Heitmeyer: “I cried my heart out. It meant so much that she thought of us and our little angel. I still have the bears and the notes sitting on my dresser.”

“Whatever you do,” advises Dr. Brier, “don’t minimize the loss or give hollow reassurances. Ask your daughter or son, ‘How are you?,’ ‘How do you feel?’ or ‘How can I be most helpful to you?'” Then accept that it is a tough and sensitive time for your child, who may not want to be mothered, or fathered, and prefer to be left alone to grieve for a while. Let your child define the nature of the help he or she would like to receive, adds Dr. Brier.

When silence really Is golden

“‘You’ll be the best aunt’ and ‘It’s God’s will’ were not helpful phrases to me after I lost my baby,” says Kim Bowers, 43, from Boxboro, Mass. “Sometimes the unspoken gestures are best.”

It was the huge bouquet of flowers from her mother, waiting on the front porch for Bowers when she got home from the hospital that comforted her. “My mom and I never talked about the miscarriage,” she says. “We didn’t need to, and I really didn’t want to. The flowers said it all. I knew she cared about me and felt my pain.”

Cindy, a 34-year-old from Cary, N.C., agrees. “After being told our baby had stopped developing, the last thing my husband Tom and I wanted to hear was ‘At least you know you can get pregnant.’ That wasn’t going to bring my baby back. Neither was ‘You can have another one.’ Our child was gone. There was no replacing our baby with another one.” A comforting “I’m sorry” or a hug would have been more appropriate, she adds.

“People often feel they have to say something. At least for me, I wasn’t expecting them to,” says Denise Paulmeno from Colonial Heights, Va. who had a miscarriage. “Just knowing my loved ones were there if I needed them was all I wanted to hear.” Paulmeno was touched when after her first miscarriage, a girlfriend’s mom sent a condolence card. “That meant so much to me. I felt like she truly understood my loss.”

For those of you who suddenly find yourselves among the Archie Bunkers of the world, take time to find the words that were lost to him when his dream of a grandchild vanished. Express love to your child, cry with the couple, and mourn the death a person who would have been a valuable addition to your family.

Let your love and sadness flow. There will plenty of time to dance… tomorrow. Bowers is now a happy mother of two. After surviving her miscarriage, she decided to adopt a child. Later, she became pregnant with her second child after being told she’d never be able to conceive.

How Can I Help?: Suggestions for People Who Care About Someone Whose Baby Died Before Birth

Miscarriage: Sharing the Grief, Facing the Pain, and Healing the Wounds (Walker and Company, 1987)

When Your Baby Dies Through Miscarriage or Stillbirth (Augsburg Fortress Publishers, 2002)