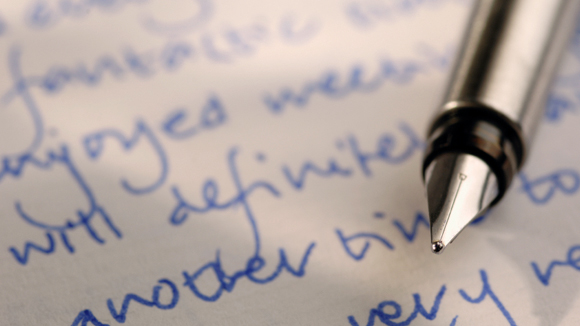 It was Elaine’s worst nightmare. Things had deteriorated so badly between herself and her daughter-in-law that she was told to stay away from the whole family, including her grandkids, ages five and seven. No phone calls. No visits. No more gifts. Nada.

It was a classic situation: Daughter-in-law has issues with son’s mother. Son sides with wife. “My son threw me under the bus to keep the peace with his wife,” Elaine says. “I felt crushed, attacked, utterly devastated.”

“I could do nothing right”

Although the two women had known one another for years and had been close before the couple’s first child came along, Elaine says things began to sour soon after the birth: “My daughter-in-law became very territorial. In her eyes, I could do nothing right. I see now that she was an anxious new mom trying to bond with her baby and she felt threatened by me. But instead of picking up on what was really happening and pulling back a bit, I became anxious and showered my granddaughter with too many gifts and generally tried to make myself indispensable.

“Wrong move,” Elaine admits now.
“I was so over the moon in love with my granddaughter, I couldn’t figure out why I was being treated like an outcast by my son and his wife,” she says. “Basically, I was unprepared to step back and be the grandmother and play by their rules.”

In time, however, things improved. The young couple became more confident as parents, and Elaine’s daughter-in-law gave birth to a son when the little girl was two. Elaine says she continued to walk on eggshells, but at least on the surface relations were civil. Eventually, the two women even began to enjoy one another’s company again.

Then all hell broke loose.

As the rift between mother-in-law and daughter-in-law began to heal, the young couple’s marriage was falling apart. They fought constantly. There were money issues. Trust issues. One day Elaine’s son confided his unhappiness to her, detailing his complaints about his wife. Then he went home and reported to his wife that Elaine agreed with everything he’d said.

“Tired of being the scapegoat”

“I was just trying to listen and be supportive of my son, who was hurting. I had no idea that he planned to use me against her,” Elaine explains. Her daughter-in-law felt betrayed and the truce ended abruptly. Elaine was heartbroken. She didn’t see them or her grandchildren for a year and a half.

She missed them terribly, of course. But the decision to disconnect was mutual. “Yes, I’d made some mistakes, but I needed to forgive myself. I’d done the best I could. I’d been a loving mother and grandmother, and I was tired of being the scapegoat and getting blamed for everything,” she says. “I needed a break as much as they did.”

There were many big aha! moments during that time. Perhaps the most significant was Elaine’s realization that she’d relied far too heavily on her son and his family for her own happiness — a state of affairs that led to the loss of her own sense of self, as well as her self-esteem. Boundaries were crossed that should not have been. Elaine had to put her own life and marriage (to her second husband, not her son’s father) back together. And her son and daughter-in-law needed to clean up their act, too.

On her birthday that year, as her gift to herself, Elaine sent her son a letter apologizing for her mistakes. She also shared what she’d learned and told him that she was taking a step back. “I’m finally taking care of myself,” she wrote. “I’m excited about my life, not yours. I see the pressure I put on you and I’m letting go. I’m doing this for me. I have nothing but great love for you and your family.” Her son wrote back that he loved her and that she was a great mom.

“I surprised myself that I was able to hold out as long as I did, but I needed to regain my strength and power,” Elaine says. Time and distance turned out to be of benefit for everyone. Her son and daughter-in-law dealt with their problems and stopped blaming Elaine. When the family finally reunited last Christmas, there was joy all around.

“We’re all in a much more appropriate, respectful relationship with one another now,” Elaine explains, then adds a note of caution. “But once in a while I have to remind myself not to fall back into the old ways and get too involved or give too much of myself. Parenthood and grandparenthood are an ongoing dance and you have to keep learning new steps.”

Author’s Note: When Elaine first contacted me after reading Eye of My Heart, she was in a great deal of emotional pain. I was so impressed and moved by how she and her family eventually resolved their difficulties, I decided to share their story with the hope that it will offer wisdom and solace to those facing similar struggles.

Barbara Graham is the editor of  Eye of My Heart: 27 Writers Reveal the Hidden Pleasures and Perils of Being a Grandmother (Harper), which tells “the whole crazy, complicated truth about being a grandmother in today’s world.”