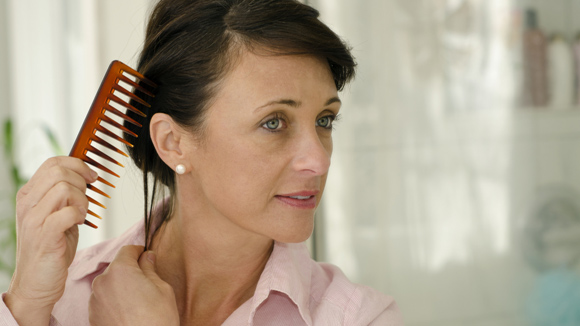 In 2006, after the death of her husband, Richard Carlson, Ph.D., author of the best-selling Don’t Sweat the Small Stuff books, Kristine Carlson felt a loss that sent her on a healing journey through grief. From that experience, she created a grief support group and wrote a book about the grieving process called Heart-Broken Open.

Although dating is not the reason her readers visit the site or buy her book, it is a topic of discussion that comes up and is addressed, and Carlson, who is grandmother to two young boys, does have a lot to say about it. As a widow myself, I know it’s not an easy transition to make. So when I learned about Carlson’s success with her support network, I decided to ask her to share some tips about how you can make dating your next healthy choice:

Tip #1: Let yourself be complete and whole

“It’s easy to jump right into a new relationship,” she says, “but if you want to attract a healthy relationship, it starts with being healthy yourself.” You deserve the time to heal, no matter how long it takes. Six years after the death of her beloved husband, Carlson, has yet to remarry and says she’s just now “starting to warm up to the idea.”

Tip #2: Let the first relationships you have be the transitions that they are

“My first encounter [after Richard] was a healing relationship,” she says. She found a companion, he was long-distance, and there was sex involved. She didn’t take it beyond that, but it was something she craved at the time. She felt lonely and wanted the companionship, so she let it be that. “Don’t be too hasty to jump into a real relationship,” she says. First relationships are meant to help you heal, to move out of the loss you’ve experienced and then move on.

Tip #3: Don’t try to live by anyone else’s rules

“I don’t prescribe rules,” says Carlson, “I encourage people to find their own way. Only you know what’s right for you. I just know what I needed.” Because widowhood is not a journey we choose, and there is no one way to do it, she suggests tossing the “sure advice” from others out the window.

It took Carlson more than a year before she would put herself out there on the dating block, and she only went there because she felt like it was time. She was ready. If you’re unsure how to know when that is, she says your biological clock will tell you. “Something will click, and you’ll just know.”

Tip #6: Give yourself permission to partake

Whether it’s a date or sex, she says widows sometimes have to give themselves permission to participate. Often, they are dealing with guilt, feeling as though they’d be betraying the spouse or the marriage, and that has to be healed. One way to heal it is to acknowledge it and grant yourself permission to live your new life.

Tip #7: Don’t take on the role of victim

If you’ve taken on the role of victim, Carlson suggests leaving the “perpetual pity party” so you can transition into your new life as a single woman. “Take the stand that you will move forward,” she says. Decide that you want to be the best version of yourself so that you can attract the most possibilities. “Ultimately, it’s about choosing to live your life.”

Jackie Dishner, grandmother to three toddlers and author of Backroads & Byways of Arizona, writes from Phoenix, Arizona, mostly about food & wine, lifestyle and travel. You can find more of her work at http://bikewithjackie.blogspot.com.