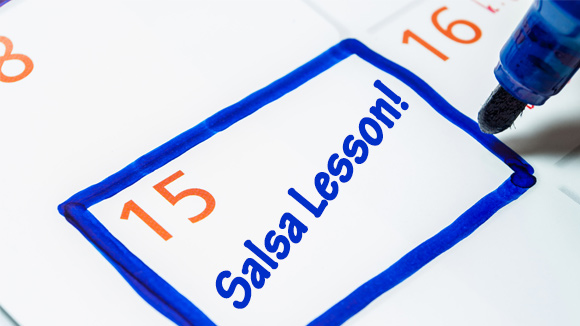 For the first year after her husband Mort died of cancer, Mary Childs, now 68, looked mainly to her two sisters and her quilting friends for comfort and a social connection.”I couldn’t do much more than that,” says the Lakewood, CO, retired nurse. ”On the one occasion that I attended a couples’ function with friends from our past, I was totally uncomfortable.” Indeed, many people who lose a spouse often feel like when it comes to socializing, it’s a couples’ world.

About a year after Mort’s death, Mary felt ready to start taking baby steps to move on and meet new people. “Mort had been a hunter and had promised to teach me how to shoot,“ she says, “but we never got around to it.” When a shooting range opened near her home, Mary decided to learn what she had missed with husband. “I met so many wonderful people at target practice,“ she says, “and I even started entering competitions around the country with many of the people I met locally.”

Now, four years after losing her husband, Mary’s confidence and sense of empowerment has grown, as has her social life. “I met a man on SeniorsMeet and we have been together for a while now,“ she says. “Neither of us wants to live together or get married, but it’s great having male companionship again.”

Why move on socially?

Lots of people who lose their husband or wife feel like it’s easier to be alone and not deal with the anxiety and other pressures associated with being social. But humans are wired to be social creatures. Our well-being is based largely on interactions with others. (The amount and kind of interaction varies, but the need is inherent.) To avoid connections is to invite depression. Not surprisingly, a study at Michigan State University discovered that people 65 and older who used the Internet to stay in touch with friends had a more than 30 percent reduction rate of depression symptoms. In other words, no matter the age, people need people. In person, on the phone, via the Internet, whatever.

How do you know when it’s time to move on?

There’s no magic answer to this question. For those who maintained a social life based on interests and not just couples’ friends, the journey is a bit easier. Likewise for those whose partner’s death was not unexpected. Four years ago, Barbra Cook, now 62, lost her husband of 36 years after his 10-year-battle with early onset Alzheimer’s. “Several of our couples’ friends drifted away during Morris’ illness,” she says, “but I was determined to both sustain and build a life for myself after he died.” During his illness, she continued dancing, a lifelong passion she and Morris never shared. Today, she enjoys both salsa and tango.

For others, the journey may start a year or more after the loss. According to Doreen Horan, LCPC, at the Counseling Center at Stella Maris, a provider of longterm care in Maryland, on average a man starts socializing within one to two years of a wife’s death. For women, the average wait is two to five years.  What all grief counselors agree on is that at some point, every widow and widower needs to get out there if life is to be meaningful once again.

How do you start?

Planning your re-entry to a new social life is not done overnight, says Erlene Rokowsky, Psy.D., a psychologist at the Massachusetts School of Professional Psychology. She suggests these steps before you take action:

When you’re ready to rebuild your life, says Kim Gordon, the bereavement coordinator at Hospice of Westchester in New York, here are good ideas for meeting new people:

Not everyone over 55 is interested in dating, but if you are, New Yorker Hal Spielman, 91, a widower and former market researcher who owns SuddenlySolo.org, offers these insights: