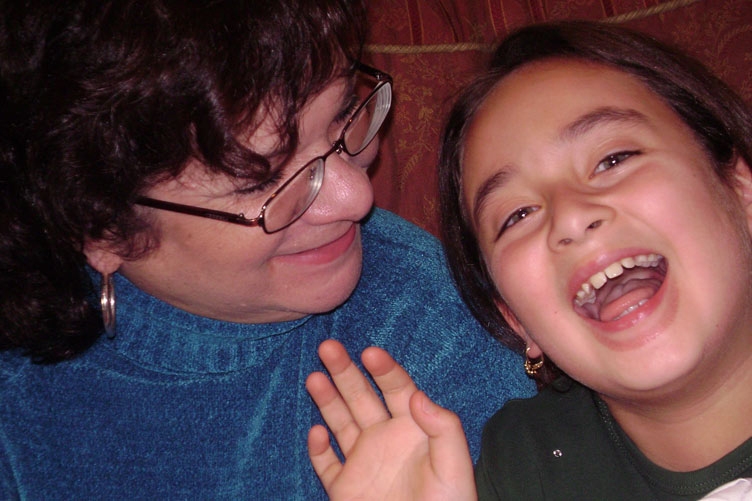 I never imagined becoming a frequent visitor to family court. Until eight years ago, I didn’t even know where the courthouse was located. But during the grueling two and a half years that my husband, Alan, and I fought for custody of our granddaughter, Alexis, we memorized every crack in its dingy floor. Blindfolded, we could have traversed the entrance hallway and found our seats in the main waiting room, nodding commiserating hellos to former strangers whose faces we could paint in the dark. Within those walls we waited, and waited, and waited.

Our daughter, Rachel, was 20 years old when she gave birth to Alexis. Involved in an unstable marriage and emotionally unable to care for a baby herself, Rachel welcomed our offer to raise her little girl.

When she came to live with us, Alexis was two weeks old. As she approached her first birthday, friends began asking what legal arrangements we had made. Naïvely, we thought Rachel’s consent to have us raise her daughter overrode the need for legal documentation. It didn’t.

We filed for custody of our granddaughter. Or rather, we began a process that would end up taking longer than we ever imagined.

Step one: Filing a petition

The world of family court was uncharted territory to Alan and me. We expected a relatively simple and quick resolution to our petition for custody. Step one: Petition the court. Step two: Wait for a judge to sign an agreement. After all, Alexis already lived with us. Our granddaughter’s father, Frank, had monthly supervised visitation privileges (that he only sometimes showed up for). We couldn’t imagine he’d stand in our way. We were wrong.

The courthouse opens at 9 a.m. We arrived at 8 a.m. Our plan was to return to work within hours. We emptied our pockets, walked through the metal detectors and scanners. We signed in, and stood. There were no seats in the waiting room.

Hours later, our appointment at the cubicle arrived.

A harried-looking woman, amid impatient sighs and rude glances, handed us a four-page petition to complete. We scrawled our names, addresses, and Social Security numbers. We flashed Alexis’s birth certificate. With one swift strike of the pen, we checked off the box indicating permanent, not temporary, custody.

In a nearby room, our petition was notarized and authenticated. We had a file number. The request was official.

“You’ll be notified by mail,” said our clerk, brusquely.

“There’s no way of knowing,” she said.

Six weeks later, we received our next summons to court. Lawyers were appointed to Alexis’s parents — neither could afford to hire one. Our granddaughter was assigned a law guardian. Her job was to protect her interests in the fight for custody. Whenever the judges asked Rachel’s lawyer to research custody questions, or make a visitation decision, the law guardian was consulted. Though the law guardian never contested anything, she had to be present at every court appointment.

Rachel’s lawyer, a 25-year family-court-system veteran, was never without an overflowing attaché case and armful of books. He was overloaded with cases. And yet, he supported us through the ordeal. Technically, he was our daughter’s lawyer. But he represented the two of us, as well, since Rachel had agreed to our raising Alexis. Before each court appearance, he conferred with us, without fail.

Forks in the Road

Alexis’s father resisted. He filed at least 20 petitions for visitation — more visits, less-restricted visits, cheaper visits — anything to delay the process. After he filed a petition, we’d receive a copy in the mail requesting lawyers, law guardians, parents, and grandparents to appear in court. The logistics involved in getting everyone in place were daunting.

The custody process dragged on into its second year. At times, we looked around the waiting room. We saw couples with sad and dejected faces, crying babies, bored toddlers. I wondered, “Is this ever going to end?”

I consider myself a strong and determined person, one who deeply believes in happy endings. (My nickname? Pollyanna.) As months passed, I tried hard not to get discouraged. When my resolve weakened, I pictured my granddaughter’s face. I thought about my three daughters. Alan and I had strived to give them a secure upbringing.

Without an iota of doubt, I knew the safest, most secure place for Alexis to grow up was with us, her grandparents. I trusted that there was no way anyone would stop us from gaining custody of her.

At last, every one of Frank’s endless petitions was denied.

At last, we made some headway.

After more than two long years, an end was in sight. We received a court order requesting our presence at a custody trial. Lasting just 30 minutes, this would be the final step in the custody process.

That day, we were nervous, even frightened — neither of us had sat on a witness stand before. Would the judge grill us, a la Law & Order? Alan and I were called to the witness stand.

Describe Alexis’s life with you, requested the judge.

Our granddaughter was a happy and secure little girl, we said. We told the court about her nicknames for us (Neema and Pa) and her black-and-white cockapoo, Caesar, that she loved.

We described her confidence as she tap-danced her way through her first dance recital, and the beaming pride she felt when she brought home pictures from nursery school. We talked about our big family of loving aunts, uncles, cousins, and grandparents. It felt wonderful, we said, after having a nearly empty nest (we still had a teenager at home), to be raising a child again.

Rachel, the law guardian, and lawyers sat listening. Alexis’s father was not there.

The judge then returned and granted us full custody of Alexis without awarding any visitation to her father. Tears of relief filled my eyes. Alan squeezed my hand, his own fingers shaky. We smiled at each other in exhausted delight. Outside the courtroom, we hugged everyone. We shook each other’s hands. The outcome we had waited for was finally a reality. The ordeal was over.

Six weeks later, we received the final court order in the mail.

Alexis, now 9, is a contented, well-adjusted little girl. Alan and I can’t imagine our house without her gap-toothed smile, quirky sense of humor, and silly jokes that make me laugh so hard they make my eyes watery. She and I watch High School Musical 2 and Hannah Montana together. We dance around the living room. Our custody battle was long. It was exhausting. But when I kiss Alexis goodnight, I am joyful that she is legally, unequivocally ours — that she is exactly where she belongs.