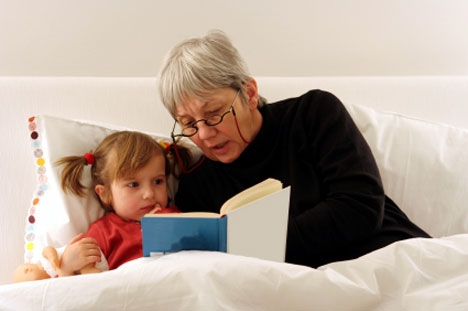 We canvassed friends and family to find out which bedtime books were hits in their homes. It won’t surprise you to hear that Goodnight Moon, with its great green room and red balloon, was the most frequently mentioned title.

In an effort to expand your bedtime horizons, though, we’ve discovered some soothing new titles to mix in with Margaret Wise Brown’s classic snoozer—including a few choices for big kids to read by a flashlight after bedtime.