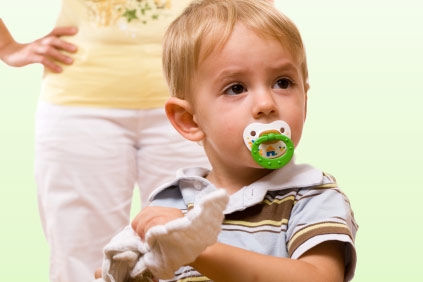 When my son was a baby and my parents came to visit, I never dreamed of asking them to babysit while my son’s father and I headed to the nearest spa for a few days of R & R. Au contraire, I cooked elaborate meals, took care of the kid, and generally did everything possible to make sure the grandparents enjoyed their stay. Anyhow, even if I secretly longed for a break, my folks were the admire-the-cherub-from-a-distance type and never showed the least bit of interest in being hands-on.

Fast forward to the present. Sometimes it seems as though my son and his wife view my every visit as an open invitation for them to take a hike (literally and metaphorically) and leave me — and my husband, when he’s along — with the two little ones. I ask you: Where are the elaborate meals? The jumping through hoops? What happened to the old honor-the-grandparents-and-make-them-happy approach?

I’m sort of kidding — but not entirely.

Now, don’t get me wrong. I adore my grandchildren. I yearn to spend quality time with them. I despair that I live thousands of miles away and see them only a few times a year. I voluntarily sign on to take care of the girls for days at a time. I’m thrilled that my son and daughter-in-law trust me enough with the kids to fly the coop.

So, what do I have to kvetch about? My situation is pretty terrific, all things considered. And yet … there are times when I feel, if not exactly taken advantange of, then taken for granted. Not unappreciated, just slightly underappreciated. Like a powerless servant — minus the paycheck.

I seem to have plenty of company.

“No question, our kids expect much more from us that we ever did from our own parents,” says Florence Falk, a New York City psychotherapist and the grandmother of a 4-year-old girl. “Our grown children also seem to have a much greater sense of entitlement than we had.” Falk thinks this is because our relationships with them tend to be far more casual and open than they were with our parents. That’s the good news.

“But such a high level of expectation can put a real strain on grandparents,” she adds. “In my case, I have to remind myself 20 times a day that I’m the grandmother, not the babysitter. My goal is to help out as much as I possibly can, stopping short of the point where I start feeling resentful, completely drained, or out of touch with my own needs. There’s a fine line,” she says, “and it takes constant vigilance not to cross it.”

I couldn’t agree more. There are times when I’ve crossed that line, times when I’ve agreed to a bit more childcare than I really had the energy for — and paid the price. When this happens, I can’t blame my son and daughter-in-law. The pressure to say yes to their requests doesn’t come from them, it comes from me, from my love for them and for my granddaughters. And from the lingering sense of guilt that seems to be part of my wiring.

Note to self: Remember, it’s okay to say no!

Saying no becomes even more important when the grandparent actually is the babysitter, a phenomenon that seems to be on the rise. Janet Bodle, a semi-retired family physician in the San Francisco area loves caring for her two grandchildren, ages 4 and 6, two days a week while their parents, both teachers, are at school.

“Clear communication,” Bodle says, “is the key to making the arrangement work, especially since we’re all so busy.” To make sure everyone is on the same page, she puts the schedule in writing and e-mails it to her son and daughter-in-law. And, she says, “They’re free to ask me to pitch in at other times, and I’m free to say no.” Still, Bodle likes to say yes as often as she can, adding that spending time with the kids before they get completely swept up in their own lives is her top priority.

Which brings me back to Point A: I adore my grandchildren. I love my son and his wife. I know that being a parent today is in many ways more complicated than ever before, and I want to be there for them — and for myself. It’s just that sometimes, when I start to feel like a servant and I’m so tired my vision blurs, I get a tad cranky. At those moments, a few extra words of grateful acknowledgment from my beloveds couldn’t hurt.

My friend Mary told me a story the other day that says it all. Mary just spent a month — voluntarily, joyfully — helping her daughter after the birth of her baby, Mary’s first grandchild. One day, after Mary had spent the previous nine hours washing dishes, folding laundry, helping with the baby, and shopping for and preparing two meals, she turned to her daughter and said, “I’m exhausted!”

To which the new mother replied, “Why are you so tired?”