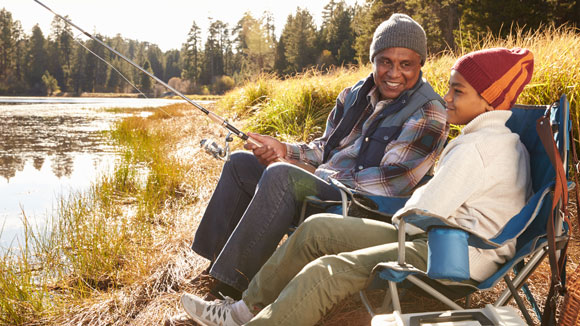 “One of the most powerful handclasps is that of a new grandbaby around the finger of a grandfather.” – Joy Hargrove

“There are fathers who do not love their children; there is no grandfather who does not adore his grandson.” – Victor Hugo

“More and more, when I single out the person out who inspired me most, I go back to my grandfather.” – James Earl Jones

“My grandfather was a wonderful role model. Through him I got to know the gentle side of men.” – Sarah Long

“The closest friends I made all through life have been people who also grew up close to a loved and loving grandmother or grandfather.” – Margaret Mead

“Every generation revolts against its fathers and makes friends with its grandfathers.” – Lewis Mumford

“Grandfathers do have a special place in the lives of their children’s children. They can delight and play with them and even indulge them in ways that they did not indulge their own children. Grandfather knows that after the fun and games are over with his adorable grandchildren he can return to the quiet of his own home and peacefully reflect on this phenomenon of fatherhood.” – Alvin Poussaint

“I want to die in my sleep like my grandfather — not screaming and yelling like the passengers in his car.” – Wil Shriner

“Our land is everything to us…. I will tell you one of the things we remember on our land. We remember that our grandfathers paid for it — with their lives.” – John Wooden

“My grandfather once told me that there were two kinds of people: those who do the work and those who take the credit. He told me to try to be in the first group; there was much less competition.” – Indira Gandhi

“I come from a long line of fighters. My maternal grandfather was the toughest guy I ever knew. World War II veteran, killed 20 men, then spent the rest of the war in an Allied prison camp. My father battled blood pressure and obesity all his life. Different kind of fight.” – Dwight Schrute (Rainn Wilson), The Office

“CJ, let me tell you something, don’t ever, ever underestimate the will of a Grandfather. We’re madmen, we don’t give a damn; we got here before you and they will be here after you. We’ll make enemies, we’ll break laws, we’ll break bones, but you will not mess with the grandchildren!” – President Josiah Bartlet (Martin Sheen), The West Wing

“You know, when I was nine, maybe ten, my grandfather… he would wave me over, and he would do this all the time, and then he’d say “Lee, be a good boy. Just don’t be too good.” – Battlestar Galactica

“My grandfather lived to be 94. He never ate anything a rabbit would eat.” – Charlie’s Angels

“A grandfather is someone with silver in his hair and gold in his heart.”

“Grandfathers are for loving and fixing things.”

“Grandpas bring a little wisdom, happiness, warmth, and love to every life they touch”

“Grandpa has ears that truly listen, arms that always hold, love that’s never-ending, and a heart that’s made of gold.”

“A grandfather is someone you can look up to no matter how tall you grow.”

“Only the best dads get promoted to grandpa”

Americans everywhere are concerned about the coronavirus. But COVID-19 has demonstrated that it’s particularly serious for older adults whose immune systems naturally weaken as they age — and especially for those with chronic medical conditions, according to Dr. Samir K. Sinha, a member of the American Red Cross Scientific Advisory Council. In fact, 8 out of 10 deaths reported in the U.S. related to COVID-19 have been in adults 65 years o

If your parents fall in one of the vulnerable categories, here are four things you can do right now.