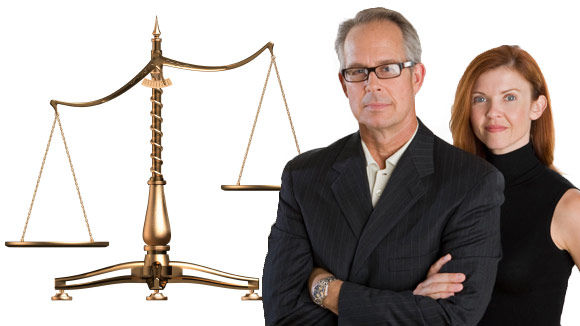 As a service to our readers, we have established the AGA,TM dedicated to ensuring the best for grandparents and their families. One goal of Association is to become a key resource for grandparents who are physically removed from their grandchildren and would like to find a way to visit them. We are providing a guide to grandparent rights in all 50 states. Should you need specific legal advice on your own grandparent rights, consult a lawyer in your home state who specializes in family law and who may know of any recent changes in your state’s laws.

Families can splinter for a number of reasons: divorce, the death of a parent, drug or alcohol abuse, incarceration. When those situations occur, grandparents do have certain legal rights, and can seek visitation with grandchildren or even custody, but the relevant laws vary from state to state. Understanding your own basic rights can help ensure that your relationship with your grandchildren doesn’t end even if the children’s relationship with your adult child does.

The state of grandparent rights

Federal legislation may affect grandparents’ rights, though these rights are based primarily on state law. Congress passed the Parental Kidnapping Prevention Act in 1980, which requires that each state give full faith and credit to child custody decrees from other states. Federal legislation passed in 1998 also requires that courts in each state recognize and enforce grandparental visitation orders from courts in other states. All states have adopted a version of the Uniform Child Custody Jurisdiction and Enforcement Act (previously the Uniform Child Custody Jurisdiction Act), which requires courts in the state where a child resides to recognize and enforce valid child custody orders from another state. Though the UCCJEA is not a federal statute, the provisions of this uniform law as adopted in each state are similar.

A number of courts have recently determined that state statutes providing visitation to grandparents are unconstitutional. The United States Supreme Court in the 2000 case of Troxel v. Granville determined that the Washington visitation statute violated the due process rights of parents to raise their children. This case and similar decisions by state courts have caused several state legislatures to consider bills that would modify or completely revise the visitation rights in those states. Grandparents who seek to attain visitation rights should check the current status of state legislation in their respective states.

Factors considered for custody or visitation

Best interests of the child

Courts in every jurisdiction must consider the “best interests of the child” when granting custody or visitation rights to a grandparent. In some states, the relevant statute provides a list of factors the court should considered when determining a child’s best interests. Other states do not provide factors in the statute, but courts in those states have likely identified factors in custody and visitation cases interpreting the state statutes.

The following factors in determining the best interests of the child are among those included in state statutes and case law:

Requirements for awarding custody to grandparents

Statutory provisions for child custody (termed “conservatorship” in a few states) are usually less specific than the statutes regarding grandparent visitation. Courts must first consider the relationship of the parent or parents with the child before considering whether granting custody to grandparent(s) is appropriate. Several states specifically include consideration of grandparents as custodians if both parents are deceased. If either or both parents are alive, courts in most states will presume that the parent of the child should retain custody. Grandparents must generally prove the parent(s) unfit in order to overcome the judicial presumption in favor of the parent. Even if the relationship between the grandparent and grandchild is strong, it is very difficult for a grandparent to attain custody of a grandchild against the wishes of the parent or parents.

Requirements for awarding visitation to grandparents

Parties residing in the same state

Each state provides the appropriate venue which can make custody and visitation determinations in a case where all of the parties reside in the same state. Where a divorce is pending, the appropriate venue for making a custody or visitation decision involving the grandparents and grandchildren is almost always the court hearing the divorce proceedings. Some states require visitation petitions to be filed with another domestic relations suit. Some states also permit visitation requests after a domestic relations order has been rendered or as an original proceeding.

If no state has made a valid custody determination, the provisions of the Uniform Child Custody Jurisdiction and Enforcement Act, as adopted by each state, will apply. A court in a particular state has power to hear a custody case if that state is the child’s “home state” or has been the home state of the child within six months of the date the legal action was brought and at least one parent continues to reside in the state. Other situations include those in which a state with jurisdiction over a custody case declines jurisdiction or no other state may assert jurisdiction over the child.