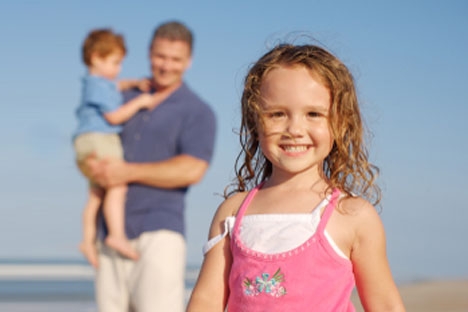 Lon, a Manhattan grandfather, often walks his 9-year-old grandson, Evan, home from school. One day Lon bought the boy a bag of candy, but the kid wouldn’t share even one piece. “Don’t be selfish,” Lon scolded. “I spent good money buying that for you.”

But the child would not give in. Later, Lon told his wife about Evan’s behavior; she made a suggestion that would show the child the value of sharing. When Lon next walked Evan home from school, he bought a huge candy bar, ceremoniously unwrapped it, and then offered Evan a piece. As Evan took it, Lon says, the proverbial light bulb went off over the boy’s head, and from that day, he began sharing his treats with his grandpa.

Sharing a single candy bar may not instantly make your own grandchild more generous, but it could definitely help. Retired child psychiatrist Elizabeth Berger, the author of Raising Kids With Character: Developing Trust and Personal Integrity in Children (Rowman & Littlefield), believes that grandparents are in an ideal position to instill values in young people. “Intimacy drives the acquisition of values,” Berger says. “Grandparents love the child in a personal way. They are partial.” And so children look to them for examples and are willing to absorb their lessons. All it takes is the right intentions and a good plan.

Here are some of the ways grandparents have shown grandkids how to embrace fundamental values:

Doug and Elin Cotts of Asheville, N.C., delight in gathering all seven of their grandchildren, and the kids’ parents, on special occasions. When they get together, Doug, 65, and Elin, 72, make sure that everyone shares meals and that everyone gets a chance to talk. Each person is encouraged to share something fun or sad that happened that day, and everyone else is required to listen. If a grandkid is too shy to talk, Elin says, “one of us encourages the child by asking questions.” Everyone learns something about everyone else, and the children learn the importance of taking turns.

Melissa Geiger is a retired New York City music teacher who wants her nine grandchildren to be able to express themselves creatively. So she only accepts birthday cards that the kids make themselves. And since someone in Geiger’s large family always has a birthday coming up, she organizes group card-making sessions when she gets together with her grandkids.

Melissa’s New York City neighbors Don and Peggy Shriver live far from their four grandkids in Iowa, but they nurture each child’s creativity. “We spend one-on-one time with each grandchild when we visit,” says Peggy, 77, “listening to a musical performance, reading a story written by a child or having the child read to us, or looking at their art work.”

Betty and Milton Wood of Herndon, Va., take their four grandchildren — all of whom are younger than 6 — on walks in their suburban neighborhood. They search for animals and plants and talk about what they notice. The Woods ask the kids, What kinds of noises do you hear? What colors do you see? What just moved over there? How did it move? The Woods know that young children need to spend time in nature, so they will come to appreciate it instead of fearing it. They were surprised to learn that two of their own grandsons thought butterflies would sting them. To reassure them, says Betty, 65, “We sat on the steps near the garden [where butterflies played] so they could see they would be okay.”

Hanan Watson, 65, of New York City, has a 10-year-old granddaughter, Maya, who lives in Massachusetts. Maya keeps a book with things she wants to share with her grandmother. One day when Watson called the girl, Maya couldn’t find her book and so reported that she had nothing to say. Watson stayed on the phone and asked Maya if her bedroom was messy. The girl said, “Yes.” Then, Watson says, “I guided her to look at her shelves one at a time and tell me which books were there. Lo and behold, she found the book!” Grandma now proudly reports, “She has never misplaced it since.”

Elsewhere on Considerable.com, consider whether you grandparent like your grandparents did, find tips for talking with tweens and teens about body image, get advice on what to do when you hate what your grandchildren play with, and find 25 great sleepover activities.