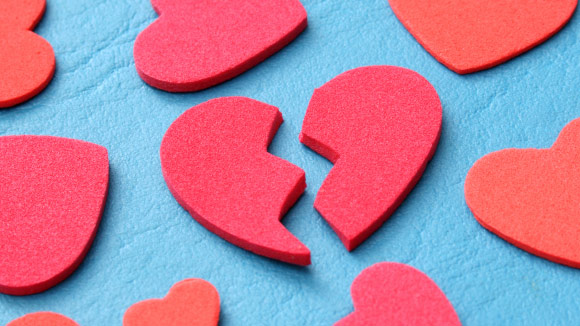 My 3-year-old granddaughter tells me she doesn’t love me, but when it’s time for her to go home, she starts crying because she wants to stay at my house. How should I respond to her?

Young children are passionate about life. They jump with both feet into whatever they are feeling, heart and mind. When they love you, they LOVE you. And when you don’t give them that extra cookie or bedtime story, they can turn on you, letting you know you’re no longer their favorite Granny, and they aren’t going to invite you to their birthday party.

As youngsters mature, they gradually become capable of having mixed feelings, meaning they can both like and dislike someone at the same time. But a three-year old is usually unable to experience both love and hate simultaneously, which makes them very black and white in their affections.

If you know this about your granddaughter, you won’t take her mood changes to heart. She might easily say she doesn’t like you — perhaps because you made her clean up her toys — but in her heart, that statement is absolutely unrelated to the fact that she doesn’t want to leave you when it’s time to go.

Also, a child this young has a fairly limited vocabulary. Lacking the the words to express why she’s upset with you or disappointed, she may resort to a simple, “I don’t love you.” By understanding that she’s unable to truly let you know  what’s really going on — maybe being unhappy about having to tidy up her crayons or turn off the TV — you’ll take her dramatic declarations less personally.

Remember that your granddaughter’s statements about not liking you can be a signal that she’s tired, hungry, or out of sorts. View her behavior and her words as an announcement about what she’s experiencing. Instead of taking her pronouncements at face value, recognize that the things children say reflect their best effort to communicate a feeling they often can’t put into words.

It’s our job as parents, grandparents, and caretakers — to try to read between the lines when our children say or do things that are, shall we say, challenging. What is the real message your granddaughter is sending when she says she doesn’t love you? Tease out the truth about what she’s experiencing; by doing so, you’ll help her learn to use words to communicate with others, which will serve her throughout life.

Similarly, when she cries because it’s time to leave, help her express her sad feelings. Avoid saying, “I don’t know why you’re crying! Just a few minutes ago you told me you didn’t like me anymore!” That won’t do any good.

There are always two parts to every communication: the “Neck Up” and the “Neck Down” portions. The Neck Up part of your granddaughter’s message contains the words and information. But the truest part of her communication is what comes from the Neck Down: the emotions that are swirling through her body.

Resist focusing on the Neck Up part of your granddaughter’s message, whether it’s telling you she doesn’t love you, or saying she doesn’t want to leave. Instead, help her express the Neck Down feelings: “It looks like you’re angry at Grandma for making you clean up the toys,” or “Are you wishing you could stay with Grandma a while longer instead of leaving? I feel the same way, but I know I will see you in a few days.”

By helping your granddaughter feel heard and understood, instead of simply focusing on the words she says, she’ll learn how to communicate her real feelings to you. Soldier on, Grandma.