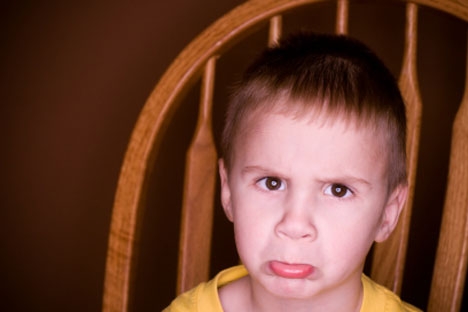 Question: When we were raising our children in the 1970s, my husband and I believed in firm and strong discipline and we think our kids turned out great because of it. Now we see how our son and daughter-in-law are raising their kids — with next to no discipline. I realize parenting styles have evolved, but without this form of teaching, won’t our grandchildren get into trouble later on?

Welcome to my world. I too raised three kids during the 1970s. Firm and consistent discipline made them the good people they are today. Now however, my children are raising their children using an altogether different style. Yes, I do believe in a gentle spanking — but then you hold them, give them a hug, and don’t let them go until they stop crying. “You misbehaved. You got a spanking. It’s over and let’s move on.”

I believe that bad behavior should have consequences. I believe in the power of punishment. Repetitive punishment will foster responsibility. My own children don’t seem to subscribe to that philosophy. Sometimes I think that without the proper discipline, children will grow up to be spoiled, or think they’ll always get their own way.

Take the other day, for example. I came home to see my wife holding down my grandson Ethan. I said “What happened?” and she said “He was fresh with me and then he ate the entire cookie drawer without my permission.” I asked, “Why didn’t you spank him?” My wife said “His dad wouldn’t like it. They don’t spank in their house. So I’m just going to hold him here until his parents come to pick him up.”

Are we living in a world where we are afraid to discipline a cranky 5-year-old? I say let’s get a grip on things. These warm and fuzzy newfangled terms, like the “time-out corner,” are for sissies. Let’s take back control of our children. We do not need to coddle them. We need rules and expectations in order to deserve their respect.

I do think there is a generational gap between how we were raised then and how kids are raised today. It’s a scarier, more dangerous world. I used to ride my bike to the supermarket when I was 9 years old. My girls still don’t feel safe doing that. So I think discipline has become kinder and gentler in the face of fear.I don’t hit my girls. Instead I try to negotiate.

Now I think my dad and I do agree that consequences and punishments are good discipline techniques. But when my daughter Charlotte is fresh with me I don’t spank her. Instead I take away something that is important to her, like her iPhone or laptop, or sometimes both. This sends her a strong, clear message: Behave or else. Sometimes they’ll brood and sulk for an hour and I do believe that a cranky toddler doesn’t hold a candle to a cranky teenager. But I think both need to be handled with words of power instead of spanking or hitting.

My girls will be going to high school next year and we have started talking about drugs and alcohol. They already know that there will be consequences tied to any kind of abuse. Clear boundaries are important at any age as they teach children to respect an adult.