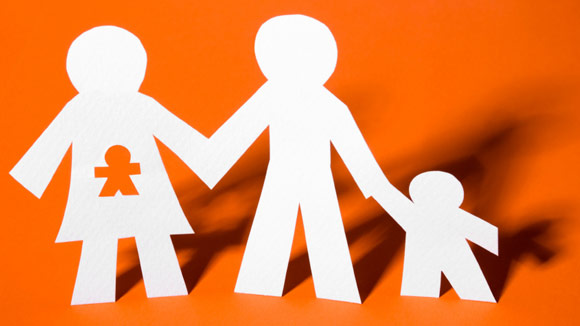 We all know the feeling when our first grandchild comes along. In fact, every new grandmother you talk to appears to be on the same drug: “Why didn’t anybody tell me it would feel like this?” A friend of mine thought the most miraculous moment of her life was when she awoke after laser surgery on her eyes and could see the acacia trees outside her bedroom window. “How wrong I was!” she told me. “Six months later, I became a grandmother and learned what the word miracle really meant.”

I got my first sight of my first grandchild, Ryan, now 6, in the labor room at the Kaiser Permanente San Francisco Medical Center, and thought, hmm. She was just a wet-haired little scrap of a thing. Any baby born that night up and down the hall of the maternity ward would have done as well.

That changed when I walked into my daughter Morgan’s kitchen a few days later, she handed Ryan to me, and I wiped a little drool from the baby’s mouth. The hot rush of feeling for her grew in me until I was once again, as I was with my own firstborn, not safe in a world where this child could come to harm.

Ryan, in her red glasses, sternly making everybody wear their own shoes (“Those are Mommy’s shoes, Bobbie!”), is so entirely herself that it is hard to believe that she was once not here, that only six years ago there was not a strict little personage climbing onto the back seat of my Mazda and scolding me for letting her eat lemon yogurt in the car, even as she demanded a spoon. I liked her so much I opened a stock account for her called “Miss Poopypants.”

But what about the second grandchild? You are already a grandmother. It’s become old hat. And there is the first grandchild, still stealing your heart even as you reach for the warm wrapped bundle that is the newcomer. When Morgan had her second girl, Maggie, they quickly became a set, Ryan-and-Maggie. I rarely had Maggie alone — Ryan was always there to distract me. I loved Maggie but she was a minor player on my stage. The first-born still held the spotlight.

The same was true of my own children. Patrick was born 18 months after Morgan, and I took far fewer baby pictures of him. I was an experienced mom by then, and more casual. I didn’t feel as if I had to stay within earshot when he fussed before going to sleep. His sister still held my attention. She still does, in a way — especially now that she’s the one who so promptly, wonderfully, gave us grandkids.

There’s one way I know to accelerate this process: Get the second grandchild alone, without the other one. I now take Maggie, just Maggie, on Fridays, while her sister is in school. She soaks it up, often making pointed, smug references to how Ryan isn’t there. And I form a separate love-struck relationship with someone who is not Maggie-and-Ryan, but Maggie.