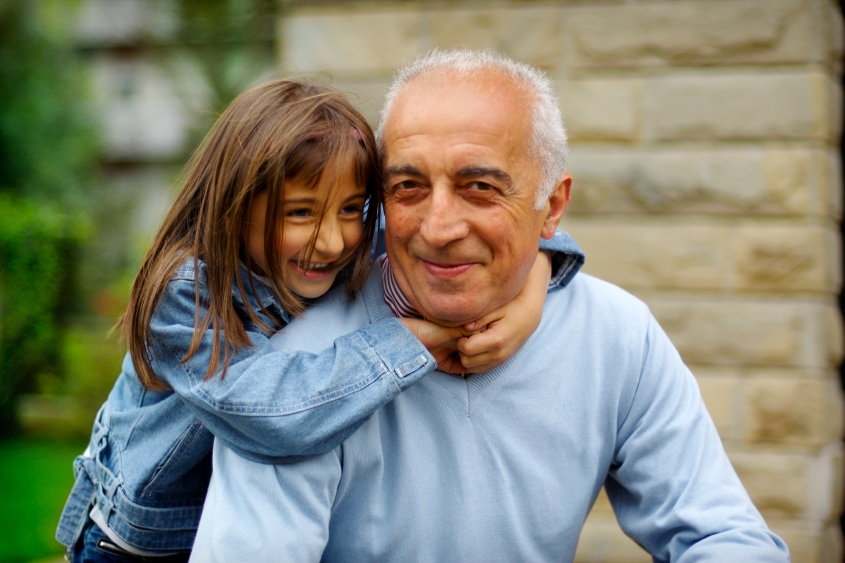 “If grandparents did not exist, children would surely invent them.”

This is a line from the book Grandparents/Grandchildren: The Vital Connection (Doubleday) that my husband, Ken Woodward, and Arthur Kornhaber, M.D., wrote more than two decades ago.

I didn’t realize at the time how incredibly true this was. And that it can extend beyond familial ties.

We live in New York. Our grandchildren are in the South and the Midwest. We are able to see them quite a lot, thanks to air travel; but unfortunately, we’re not able to pick them up after soccer practice, drive them to a playdate, or cover for a babysitter who’s a no-show.

Across the street from us lives a young family with two children, ages 6 and 8, which is pretty much in the age range of our grandkids (who now number seven younger than the age of 9). Their grandparents live about a day’s drive away. Like us, they are not close enough to drop in to help out or just spend some quality one-on-one time.

So, these two little neighbors have seemingly adopted us as substitute grandparents. It all started about two years ago when, in the fall, they negotiated with their mother (and me) to help my husband rake leaves — or so they said. But what they really wanted was to get rides from him in the wheelbarrow, build big mounds of leaves they could jump into and, best of all, tell him whatever was on their minds. It was the idea of undivided attention from an older person that they really enjoyed.

Since then, Julia, 8, has brought us paintings and drawings with which to adorn our kitchen. In return, we have given them — with their parents’ permission — a frog found on the edge of our pond and showed them how to make a house for him. This summer, we invited them to climb our apple tree — using a ladder that we held securely — and collect enough apples so that their mom could make several pies.

They’re not our grandkids. And we don’t take the place of their grandparents. But we share a very special bond that only these two generations can really understand. It allows us to pour out some grandparenting love and savvy on two adorable kids who really appreciate it.

My grandkids don’t have the need for a substitute grandparent, as they live in cities where they have the real McCoy. And while I know what a help this is to the parents and how much fun it is for the grandkids, there are times when I can’t help but feeling jealous. Especially when they call to tell us about a trip to the aquarium or an overnight with their local grandparents. So this across-the-street relationship we have built with these youngsters is as nice for us as it is for them.

We were delighted when, on Halloween night, Julia came trick-or-treating with several of her friends. We had a good talk about their adventures so far (one house was being very health-conscious and only giving out apples and bananas, which the little goblins thought was totally unfair), and my husband did his best to be a scary ghost (which they weren’t buying). But after the chat and selection of treats, we heard Julia say to her companions on their way down the front walk: “I wanted you to meet them. They are my very special friends.”