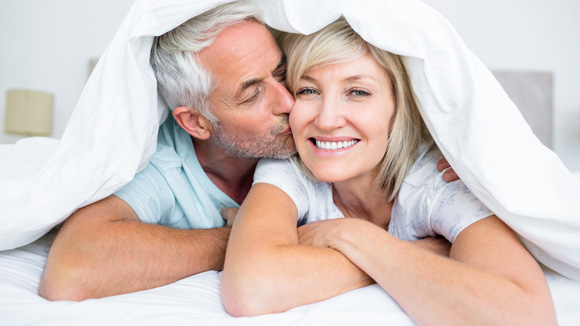 The irony of it: As baby boomers, we put sexual liberation on the map. But, like it or not, now that we’re over 50, many of us are fighting the effects of age on our sexuality.

Women are two to three times more likely to be affected by age-related sex issues than men due to falling levels of estrogen and testosterone, according to studies. Hot flashes, night sweats, vaginal dryness and arousal problems can all make sex potentially problematic.

As for men, testosterone gradually decreases with age, meaning it can take longer to get and keep an erection after 50. Healthy men don’t lose the capacity for erections and ejaculations as they age, says Barbara Messinger-Rapport, Cleveland Clinic’s Director for the Center of Geriatric Medicine. “However, erections are not as firm and ejaculation is less forceful.”

What else should you know about sex and how to keep it pleasurable after 50? Read on.