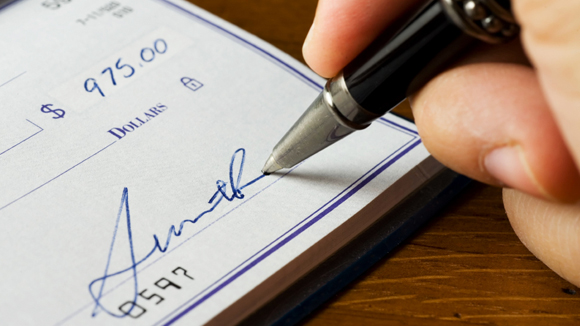 How much can I give?

It’s one of those eternal questions that grandparents ponder — and it leads to even more questions, like:

How much can I afford? What form should my contribution take? Should it be a loan or a gift? A college fund for the future, or help now with clothes, child care, or other expenses? Am I jeopardizing my own future or doing a disservice to my adult children by giving too much? And what’s my motivation? What, if anything, do I expect in return?

Gifting the grandkids has little to do with income bracket. In fact, according to a 2009 Met Life Mature Institute Survey, 63 percent of American grandparents provided financial help or monetary gifts to their grandchildren during the previous five years. The average contribution was $8,661, for a whopping estimated total of $370 billion.

Raising a family may be pricier than ever, but grandparents are certainly doing our share.

The thing about giving money — or in-kind gifts — is that it’s not always about the money. Money can also be used to express just about every emotion in the book: power, need, hope, longing, desperation, you name it. The stakes can feel especially high for grandparents. We have so little say in our grandchildren’s lives, and offering gifts or money is one sure way to make an impression.

Yet, even though we may take great pleasure in helping our adult children and their children, some grandparents, myself among them, grapple with trying to figure out the best — that is to say, the least emotionally entangled — ways to contribute.

To get a handle on the subject, I reached out to a dozen grandparents for their perspectives. I also talked to Stacey Bradford, the mother of two and a columnist for CBS MoneyWatch.com, as well as the author of The Wall Street Journal Financial Guidebook for New Parents. The conclusions of my informal sample are far from scientific. Still, 10 common themes — and very useful guidelines — emerged.

1. Give only what you can afford.

Let’s face it, the needs of young families are bottomless. The needs of aging people (I know, I can’t believe I’m one either) are also bottomless. Make gifts to the grandchildren a realistic line item in your budget, then get in touch with your inner Warren Buffet and protect your assets. The worst thing you can do — for your adult children, as well as yourself — is to risk your own financial security. Ironically, Bradford says, women, who tend to outlive men and, therefore, need more post-retirement funds, tend to be the most generous toward grandchildren — even when they can’t afford to be.

2. Give only what feels right.

You may be able to help out financially, but if you have qualms for any reason, think twice. “When I see my son and his wife struggling, I want to make it easier by giving them money,” one grandfather said. “Yet I also feel their struggle is an important part of their growth, and I don’t want to foster the emotional baggage that would result from their dependence on me.” Another grandparent put it this way: “I feel good about helping to lighten my son’s financial burden to the degree I can, but I would not feel so good about taking on that burden.”

3. Clarify your philosphy of giving.

Some grandparents allocate resources to help their grandchildren when they’re young, while others commit the bulk of their contributions to college savings funds. Most of us can’t afford to do both in a big way. This is not to say that grandparents contributing to college funds don’t buy birthday presents for the kids; of course they do. But they might not also buy entire wardrobes or help pay nursery-school tuition. Decide — pending discussion with your adult children — where to put your resources, and make sure that you and your spouse or partner are on the same page as well.

4. Respect the values of your adult children.

For starters, most young parents take pride in their financial independence, even if that means cutting some corners. They don’t necessarily want bailouts. What’s more, Bradford says, “I teach my children that we buy the things we need and only sometimes the things we want. So instead of bringing a gift every time they visit, I encourage my parents and in-laws to share an activity with our kids, such as baking or going to a museum. And because my husband and I value education so highly, early on we let our parents know that we prefer contributions to college-savings funds over expensive presents.”

5. Be aware of your own expectations.

We all know that money can’t buy us love or heal troubled relationships, but sometimes grandparents who feel marginalized develop amnesia on this one. One woman told me that during a difficult patch with her son and his wife, her knee-jerk, anxious response was to send the kids more and more presents, which she could ill-afford but which she hoped would ease tensions. It didn’t. Only when they all sat down to discuss the real issues did things improve. Now this nana spends more time with the kids and buys them fewer, more modest gifts — and everyone is happier.

Grandparents have a golden opportunity to teach kids the value of a dollar by not overindulging them. One grandfather told me that he used to drop loose change into his grandson’s piggy bank whenever he came to visit, but kicked the habit when the boy started meeting him at the front door with his hand out. Grandparents can also be role models when it comes to helping others. Bradford suggests that by the time children reach the age of six or seven, they’re old enough to learn about charitable giving — whether it’s contributing a portion of the money they receive from Grandma or Grandpa (maybe one dollar out of five) to a charity they choose together, or to donate books or toys they’ve outgrown to children who need them.

To head off hard feelings or messy family battles, adult siblings and their children should be equal-opportunity recipients of grandparents’ generosity — to the degree that this is possible. However, if one family is in a jam and requires more assistance right now than his or her siblings, adjustments may be made in estate planning to balance things out later on.

When you give a substantial (for you) sum of money, be very clear about whether it’s a gift or a loan. If it’s a gift, you may choose to earmark the funds for something specific, such as summer camp or gymnastics lessons, or offer it for general support. If it’s a loan, be specific about the terms of repayment and put everything in writing. In either case, though, be sure you’re on board with how the money will be spent — or resentment will breed like mosquitoes in a swamp.

9. Set firm boundaries and discusss them with your adult children.

Be open, honest, and unapologetic about what you can and cannot offer — not just taking into account their needs, but also what feels right to you. Many grandparents want to rush in and make everything better for our kids and their families — but if we do, there’s usually an emotional price tag as well as a financial one.

If and when your income decreases, you’ll probably need to cut back on spending. For example, one grandmother who routinely buys airplane tickets for her daughter’s family of five whenever they come to visit told me that she won’t be to do this once she and her husband retire. On the other hand, some grandparents may offer more than usual if their adult children are going through hard times in the current twitchy economy.

As for me, well, full confession: I’ve had come up with these sensible guidelines as an antidote to my own wanton tendency to shower my two little granddaughters with ridiculous piles of presents. In fact, I’m certain that when comedy writer Gene Perret quipped that grandchildren are “the only people who can get more out of you than the IRS,” he was talking directly to me!